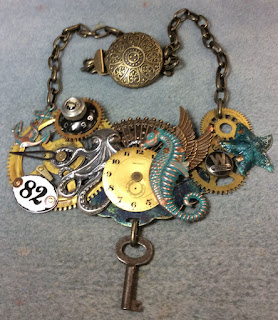 I've gotten some questions on making Under the Sea.  A couple of months ago a gal commissioned me to make a mermaid necklace  (you can see that here).  Strangely enough, I really had to talk myself into doing it.. I'm not really a mermaid person.  By the time I finished I ended up making 2 mermaid necklaces and I really felt like playing in the sea -- which eventually lead to this piece.

(Notice there are no mermaids in it... but I really like mermaids now! )

I did this great octopus necklace last year, so I really wanted to do something with a octopus again, but I hate to repeat myself.  So I laid out a bunch of vintage bits and a bunch of sea themed brass and played for awhile on the layout.  I finally came up with this rough idea:
I wasn't completely happy yet.. I liked the general layout but it felt it was missing something.  Also I wanted it sturdy, so it needed a back piece to give it stability.

I wanted the back piece for structure, but I didn't want it to take away from the front design, I also wanted more color to tie together the patina pieces. 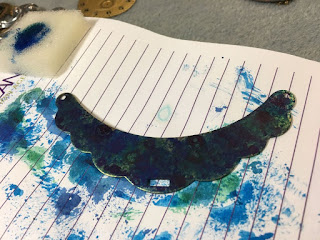 I used both patina paints and alcohol inks on the back piece, and then sealed it.  I also added another brass stamping to bridge the empty spot in the middle, to look like I open shell.  It also increased the stability of the piece.  I riveted everything together and a few places are reinforced with glue in spots.  it's riveted up to 4 layers in places, which makes this piece very stable and solid.  For all that, it's not heavy compared to it's size, as brass stampings are hollow and very light.

I really loved how this piece turned out.. it has vintage and modern stampings, vintage sewing machine pieces, vintage clock and watch parts and a vintage key. 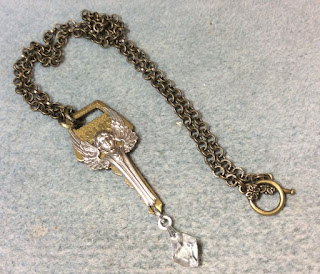 It hurts my soul, all this stuff kicking up.  My worst fears about that man winning the presidency are coming true -- he's opened a flood gate of hate and vitriol, all in the name of "telling it like it is".  I always worried how we could teach our kids right from wrong when the so call leader of the free world acts like a 3 year old on a sugar rush.

Being "PC" is becoming a swear word.

Look, I know how convoluted trying to be PC can be, I've felt the pain myself.  But what is going on isn't letting your hair down.  When you say things with the intent to hurt, to tear down, to kick others... that's just wrong.  Didn't your mamma's teach you that?

But guess what, I have the right not to listen.   I have the right to say, you are an idiot.  A dangerous idiot.   Your ideas of whites being better simply because of the pigment in your skin is silly, dangerous and ultimately will be your downfall.  I guess at least  now we know who you are.  At least if you aren't trying to be PC we know now how really stupid you are and wrong thinking.

I believe in America as the ideal, not that it's ever quite achieved it.  The ideal is the melting pot, where all types of people- fat, black, red hair, polka lovin', gay, straight, Jewish, any religion, atheist, left handed - it doesn't matter- come together and make this world a better place.

I don't understand people who hate like this, it's not in me.

How can you live with that much hatred?  How is it not eating holes in your body?

I don't have any answers..... I can only hope for a better tomorrow where we all pull together and finally get past this bullshit about our outsides being more important than our insides.

and now for something completely different ........ 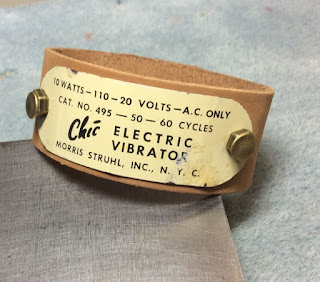 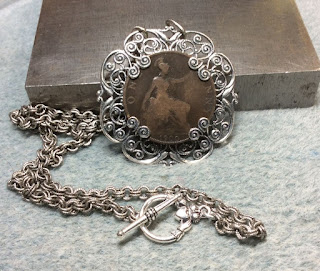 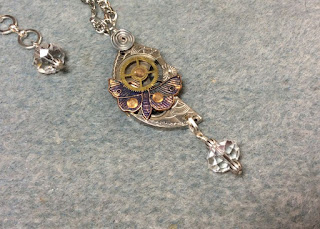 Pocket watch etched piece is 1930s or earlier, I added back on a cog and a painted butterfly

I love this one!! I just love playing with the eyeballs I guess.  Vintage pocket watch face, brass bits and the eye.  I was thinking a "nice" Sauron, like his angelic twin or something.  Why do people always talk about Skippy (Sauron) the evil twin but never the good one?
Posted by Kat BM at 5:38 PM No comments: 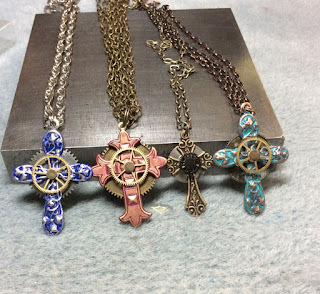 I've been fascinated of late by religious icons and symbols,  and the transformative power of them.   This is my take on the cross, I love the medieval Celtic cross, so I created my own using vintage cogs and gears.  The earrings are brass icons teamed up with vintage unused stock cross charms. 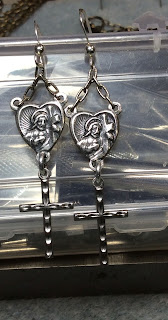 Had Fantastic time on my Trip! 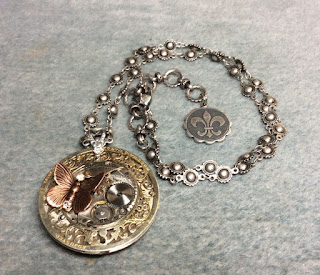 We decided to take a quickie long weekend to St. Louis, but about a week before we left, I got granted 2 extra days of vacation.. so we were gone from Monday night to Sunday night.  Had an absolute blast! We spent a day in KCMO, did some antiquing and visited the steamboat museum .  Then we drove down to Springfield MO, did more antiquing and hit Fantastic Caverns and visited castle like ruins at Ha Ha Tonka State Park.   Spent the night in Jeff City Mo, and had breakfast at a marvelous local diner, Mels Country Cafe.  I think I had the best damn country fried steak EVER! .  if you are ever in Jeff City, and adore Country Fried Steak, this is the place you must go.  It's the local hang out as well.. you know the food is good when it's the local best kept secret.

Then we hit St. Louis for the next 3 days.  Had a ton of fun, special mention to City Museum  .  It's sort of a adult size play area and functional art exhibit.. like 4 + floors worth of a old shoe factory.

The other must do in St Louis is the gooey butter cake.  Specifically the Gooey Louie brand.     You all know I'm a total nut job about bakery treats, but even Jerry was like do they ship these?

I'm gonna have to do some Internet research and see if I can find a recipe for it, as it's mostly a St Louis area thing.

This weekend I have big plans.. namely I'm gonna try to get lots of new stuff made for my next Farmer's Market which is August 12th.

I better get crackin' 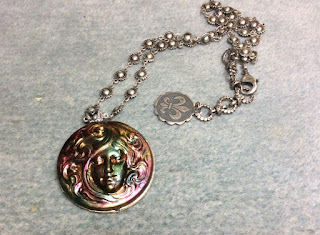