I just got this done today, and I love it! it uses a lovely 40-50's steel piece from a German adding machine, and really old no idea how old part of a knob, a vintage skeleton key and a great crystal.

The knob can be turned - I added washers inside of it to allow movement.

So what do you think?

I had a FANTASTIC weekend!!!!

I had a fantastic weekend, all because my fab sister decided to stay an extra day!!

Gretchen originally planned to stay only a couple of days, and go back to IL on Saturday, but she changed her mind... so we planned a whole day together, something we haven't done in ages... I would guess like 20 years!! not that we don't want to spend time together, but 6-7 hours distance between us and we both have families, really getting to spend quality time just us as SISTERS again has been a challenge.

First we went and did a wonderful art class at Five Monkeys, playing with alcohol inks.  I've used Alcohol inks before on my metal jewelry, so it was fascinating to learn techniques for paper... I'm sure some of this will transfer to my jewelry!  I've got a whole list of things to try next time I sit down to color my metal!

Then we ate out at Olive Garden, one of my favorite restaurants.  Went to Nan's Nummies for a bakery hit ( I adore the oatmeal scotchies there, and the special k bar's and the salted nut rolls and the ...... )  and then went to Mom's house to hang out for a couple of hours.  Finally we headed to Gretchen's Friend's house for supper and Outlander final episode party.

Seriously had a good time!


Got more family time in on Sunday. so actually I didn't make any jewelry really this weekend, but that's OK, I'm raring to go tonight!! 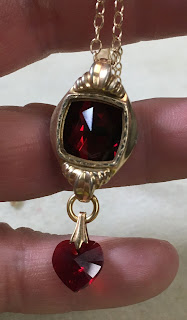 Predicting the Future..... with the magic elephant! 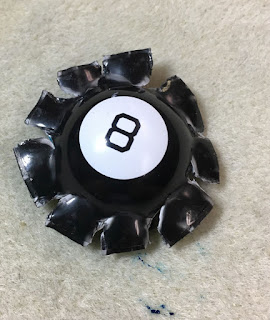 I loved 8 balls as a kid... had one for awhile.  Can't honestly say it was the most accurate predictor of the future, but it's the possibility of the the thing right?   The questions we would ask it, trying to see if it really worked or not, the wacky fun of asking strange questions and giggling over the results.

A couple months ago, one of my facebook groups had a challenge to complete an elephant necklace in some fashion.

It's a 1928 piece that got reissued specifically for this group to play with.  The base is hollow and you also got a glass cab to seal it with, the idea you could put anything in it and decorate the elephant how you wanted.

I immediately flashed to the 8 ball, not sure why... maybe because elephants never forget, so following that logic, they ought to know everything as well.

So I found a mini 8 ball, and took it apart ( let me tell you, that wasn't easy.  took vice-grips, a hammer and a saw)

I carefully saved the fluid so the ball would work as well.  I glued it all together with fish tank glue from the hardware store, and added crystals for just a touch of bling. 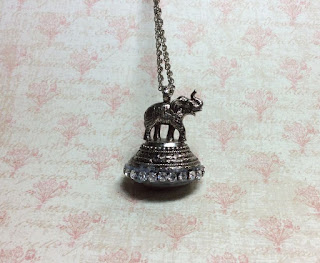 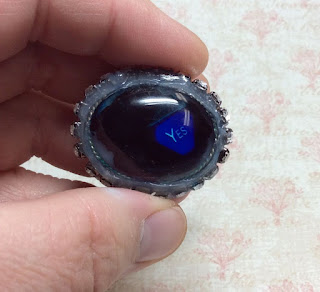 As you can see it actually works.... I didn't win the contest even thought the above picture was me asking if I would!   OK it worked for alittle while... cause it started to leak.

I did rip it apart.  I have another idea I want to try, but I 've kept the decision die and maybe I'll do something with it again in the future.

It feeds the soul to try new things, even when they don't work out.
Posted by Kat BM at 5:55 PM 1 comment:

Narrowing down the pile 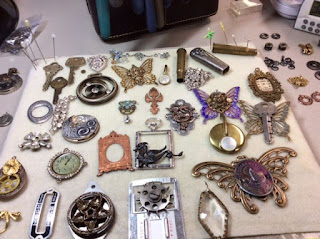 So here I am spreading out most of the stuff from my giant pile I started the year with.  This is one of the way I create -- I spread stuff out, and start adding and subtracting stuff to each "group" until I like how it feels/looks/says.

Some of what you see here, isn't going to go anywhere.. and some of it is most certainly on it's way to being someone's favorite piece of jewelry for years to come.  (At least I hope so)


So what do you see when you look at this ?

For what I see... I'll keep posting pile pics as I get stuff done...

here is another right now, using vintage necklace pieces.  2 of the segments of this necklace were broken and missing stones.  So I took it apart and make it into 2 bracelets.  I love the vintage glam necklaces from the 40-60's  (I am guessing this is late 50's early 60's)   So much sparkle and movement!! 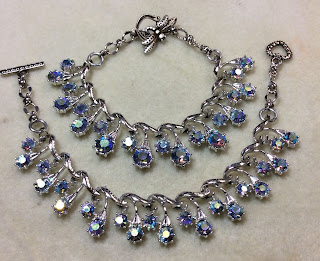 More from the Pile 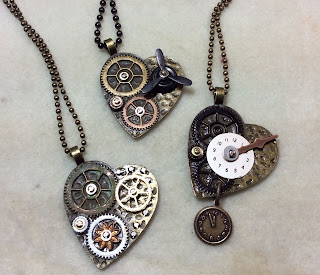 And the Pile grows smaller, not that you can tell yet..... 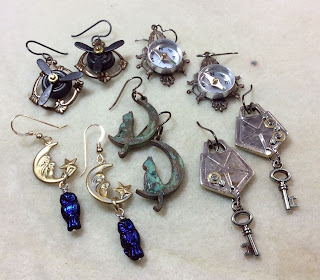 earrings earrings and more earrings!! I really like the lower right pair... it's the top of old keys, then embellished with rivets and I dangled little key charms for them.  More is coming!! 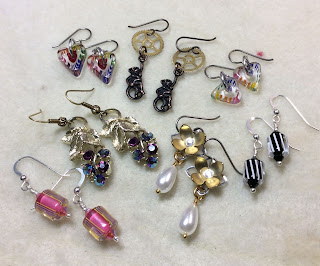 Remember that big pile of stuff to start my year out with? 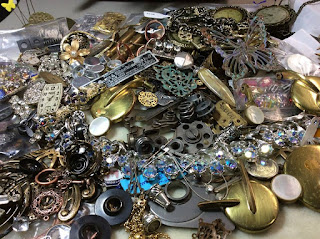 Here's the first batch from it, a whole bunch of rings, including watch movements, watch faces, vintage buttons, compasses and even a typewriter key or 2... 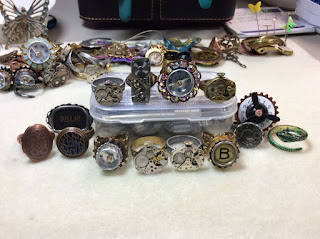 and here's a bracelet and a necklace. 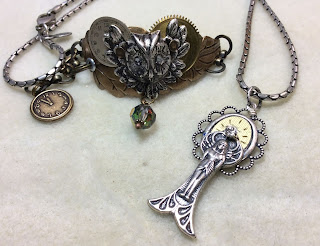 Let's check in at the Gallery!

The Gallery went fantastic in December!! 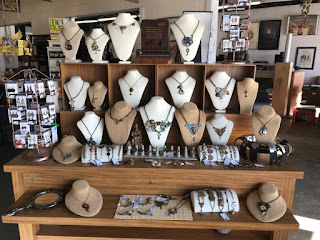 So Dina at Five Monkeys, Inc  moved stuff around and took out the empties and condensed my display to just 1 side of the table... but don't worry that still leaves wonderful options if you are looking for my jewelry!! 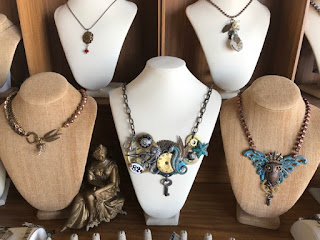 Under the Sea (more details in this blog post) and King of the world!
here are the empty displays - 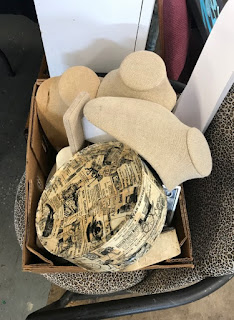 and here is my chainmaile, still going strong... 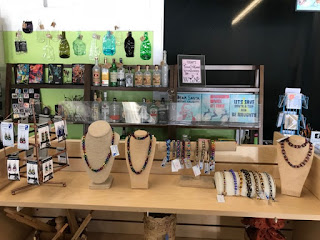 But you know the gallery just isn't my stuff, it's 50 + Iowa only artists... so it's worth stopping by... across the street from Roosevelt High School located at 4211 Chamberlain Dr Des Moines, IA 50312.  Not only is there beyond cool art, but Dina keeps the place lively by having classes and special events all the time.. you can check out the schedule here  .  Five Monkeys is not just a gallery but a local resource.