yeah, I know, I've not been posting.


The truth is we are house hunting, and searching listings, going to showings, planning the money, it's been taking up just about all of my time the last few weeks. 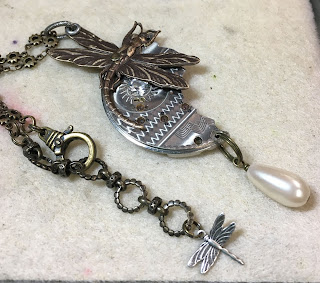 I'll try to get back on the straight and narrow this week!!!   I have several pieces about 1/2 done, hopefully in time for my show this coming Sunday.... More on that in a few days.  Promise!
Posted by Kat BM at 5:01 PM No comments: 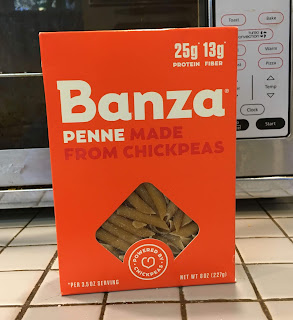 My hubby is Diabetic.  I've got health problems all over the place.  We both turned 50 this year, and we decided it's time to take better care of ourselves.

We have tried actually from time to time, then loose interest or get frustrated, or don't have time to do the cooking.

The last time we really tried, it didn't seem like there were as many options - but in 2018, there are lots of options.  Options that don't feel like your sacrificing taste. 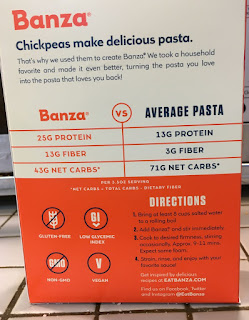 case in point... Banza noodles.  They are made from Chickpeas, and they replicate the texture of regular noodles, and they don't have any funny aftertaste or weird smell.  They taste just fine... maybe not as good, but the difference is pretty small.  Jerry can't really tell any difference.

Check out the back stats.... and that's for a large serving,   Jerry typically eats about 1/3 of this size, so he's getting about 15 net carbs.  If everything that is tossed in with the noodles is net carb zero... that means he's getting a delicious filling meal and its only 15-20 carbs a serving!! that's amazing! 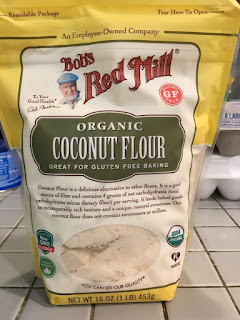 here's something else I'm playing around with... coconut flour ( and almond flour)

I've made brownies ( needs some tweaks but shows promise) , and pizza crusts ( with the almond flour)

the pizza crusts are a big big hit.

Again, if we pick a good sauce without added sugar, and he's only putting meat and cheese and maybe a veggie.. pizza changes from one of the worst foods he can eat to a safe choice.

Last night I made Meatball stroganoff.  It was pretty tasty, even the kid liked it.  ( that is a high praise! )

I have a whole bunch of recipes in the "keto" way on Pinterest ( Pinterest has been extremely helpful finding good recipes! )

Granted it takes more time, but I feel guilty I haven't pushed for better eating for him.   I adore him and I want him around for many years to come, annoying me and delighting me by turns.

Granted, until he was ready to try again, all the pushing I could do won't do much.

But we are all on the same page now!

He's worth extra work.  He's always been worth it, but daily life and frustrations and money worries and my own crap.... it all gets in the way.  Sometimes it's hard to keep track of what's really important in life.