I take it back, picking healthcare is crazy! 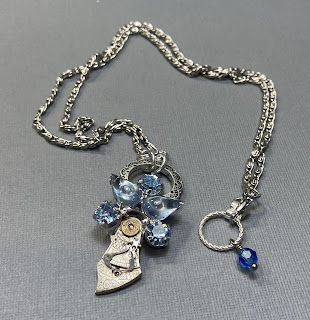 I wrote a couple of days ago how it felt good to make choices for my family. I take it back. Maybe there are 2 many choices offered... no that's not it. The problem is there are soooo many variables!!! most of the plans have you pay 10-25% of the various costs... but figuring out those costs is the crazy part! How the heck do I know what the doctor charges me, after whatever health plan applies their rules and such. I am down to 3 possible plans, and I'm not sure which is the best deal, because it hinges on how much is passed on to me the customer and that's such a total unknown! Or i can just keep the current plan, which of course charges alittle more per month than it did before and added a co-pay and raised co-pays on drugs.. but at least I know what to expect and there is no learning curve for next year. But i'm hunted by the knowledge that it will probably cost alittle more than maybe this other plan... but how can I know for sure because of the variables I don't know!! Add in that Jesscera will turn 26 during then year, and will have to get her own healthcare going forward. So should i pick what will be the better deal once she would drop off? should we just get her own coverage starting at the start of the year, instead of keeping her til she ages out? ARRRRGHGHGH Is it really any surprise that everyone hates health insurance, even though we can't live without it? Why is national healthcare so wrong? It would make everything so much easier! On a much easier note, here is another picture from my files. This is one of my "wedding" pieces. Features a vintage pocket watch regular. Now I'm sure the person who bought it did so just for enjoyment, but I always think i'll make a offical wedding line featuring vintage bits and simple elegant lines. This is an easy choice!!
Posted by Kat BM at 3:47 PM